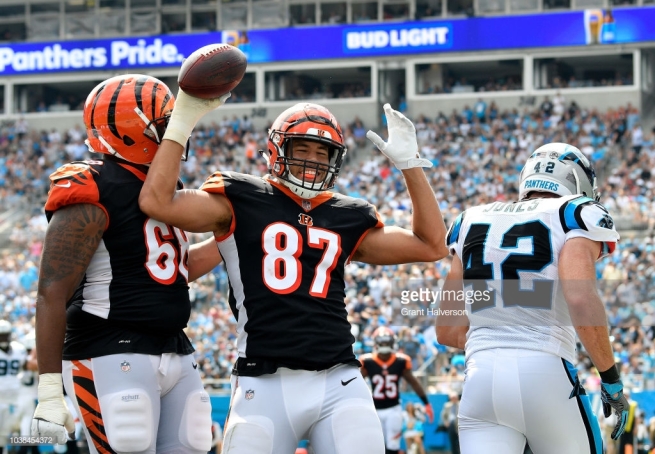 CHARLOTTE, NC – SEPTEMBER 23: C.J. Uzomah #87 of the Cincinnati Bengals celebrates a touchdown against the Carolina Panthers in the second quarter during their game at Bank of America Stadium on September 23, 2018 in Charlotte, North Carolina. (Photo by Grant Halverson/Getty Images) 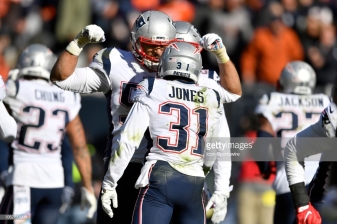 CHICAGO, IL – OCTOBER 21: New England Patriots defensive back Jonathan Jones (31) celebrates with teammates after he intercepted the football intended for Chicago Bears wide receiver Anthony Miller (17) (not in the frame) in action during an NFL game between the Chicago Bears and the New England Patriots on October 21, 2018 at Soldier Field in Chicago, Illinois. (Photo by Robin Alam/Icon Sportswire via Getty Images) 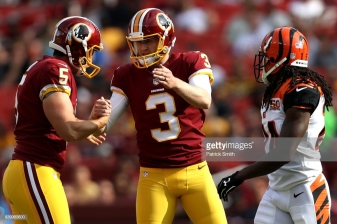 LANDOVER, MD – AUGUST 27: Kicker Dustin Hopkins #3 of the Washington Redskins celebrates a field goal against the Cincinnati Bengals in the first half during a preseason game at FedExField on August 27, 2017 in Landover, Maryland. (Photo by Patrick Smith/Getty Images) 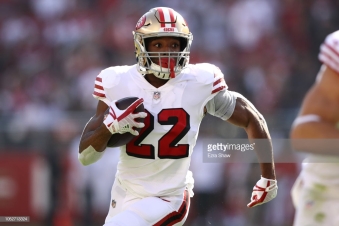 SANTA CLARA, CA – OCTOBER 21: Matt Breida #22 of the San Francisco 49ers rushes with the ball against the Los Angeles Rams during their NFL game at Levi’s Stadium on October 21, 2018 in Santa Clara, California. (Photo by Ezra Shaw/Getty Images) 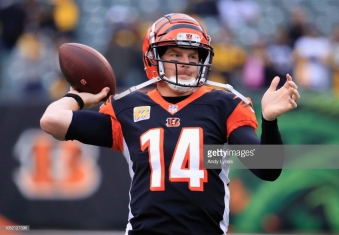 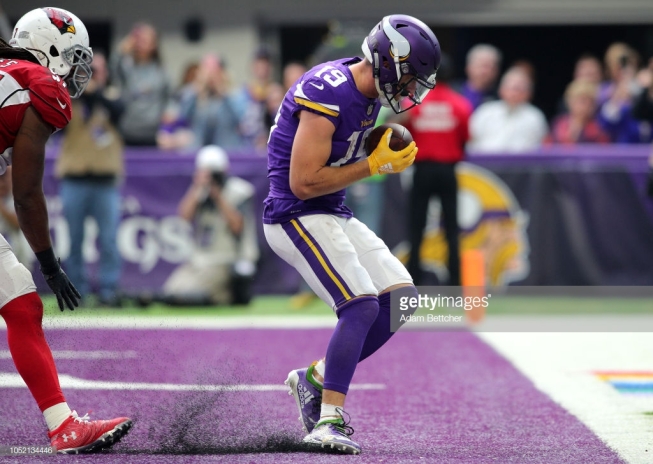 MINNEAPOLIS, MN – OCTOBER 14: Adam Thielen #19 of the Minnesota Vikings catches the ball in the endzone for a touchdown in the third quarter of the game against the Arizona Cardinals at U.S. Bank Stadium on October 14, 2018 in Minneapolis, Minnesota. (Photo by Adam Bettcher/Getty Images)